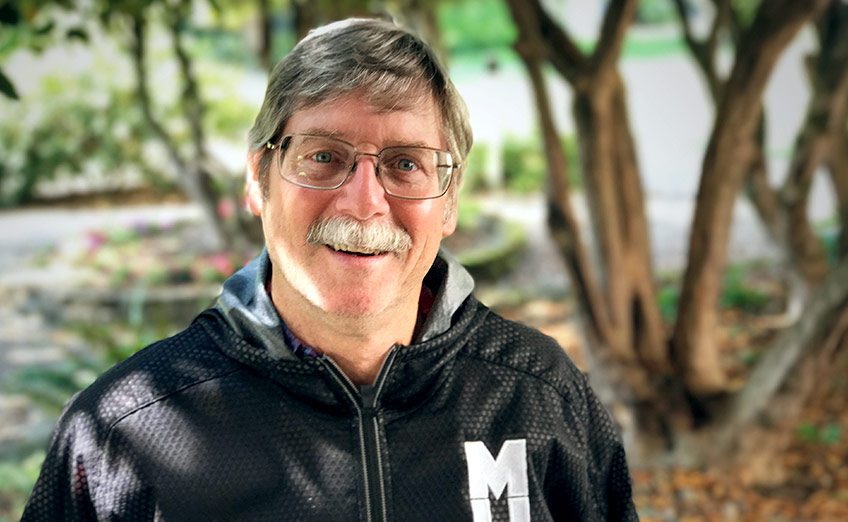 PORTLAND, Ore. – Blair Cash, a veteran of 26 years in the field of college athletics publicity, has been named the new sports information director and gymnasium facility manager at Multnomah University.

Cash joins the Lions’ staff after three years as the assistant commissioner and sports information director for the Northwest Conference (NWC), an NCAA Division III league based in Hillsboro, Oregon. During that time, he produced the NWC’s weekly press releases, coordinated voting for the NWC Student-Athletes of the Week, represented the conference office at selected league championships, and assisted commissioner Kim Wenger with various projects.

Prior to that, Cash spent 15 years as the sports information director at George Fox University, an NWC member. He twice received the Jack Sareault Award as the NWC’s Sports Information Director of the Year and was given an NWC Distinguished Service award for his 18-year service to both George Fox and the conference.

Cash began his sports information career while still a student at Belhaven College (now University) in his hometown of Jackson, Mississippi, and became the school’s first full-time SID upon graduating in 1976. His career since then has had numerous achievements, including the NWC awards listed above, five awards from the NAIA-SIDA for excellence in publications, one of which was a second in the nation award for his 1980 baseball media guide, and a year working with legendary University of South Alabama baseball coach Eddie Stanky.

Cash has also spent a significant amount of time in vocational ministry. After his year at University of South Alabama, Cash left the profession for 15 years to attend seminary and serve as a minister. In 1987, he graduated with master’s degrees in Divinity and Christian Education from Reformed Theological Seminary in Jackson, Mississippi. During Cash’s first pastorate in Edinburg, Texas, he continued work in sports information as a volunteer assistant with the University of Texas-Pan American (now UT-Rio Grande Valley). He is an ordained minister in the Presbyterian Church (U.S.A.) and occasionally preaches for Grace Presbyterian Church in northeast Portland.

A veteran baseball official scorer, Cash continues to cover local games for the Hillsboro Hops and Salem-Keizer Volcanoes. He was also an occasional substitute at the scoring table for the NBA’s Portland Trailblazers in 2014-15.

Cash and his wife Debbie have been married for 30 years and live in Newberg, Oregon. They have two adult children: son Milton, 25, and daughter Megan, 23. In his spare time, Cash is an avid birdwatcher and a volunteer at the Tualatin River National Wildlife Refuge in Sherwood, Oregon.