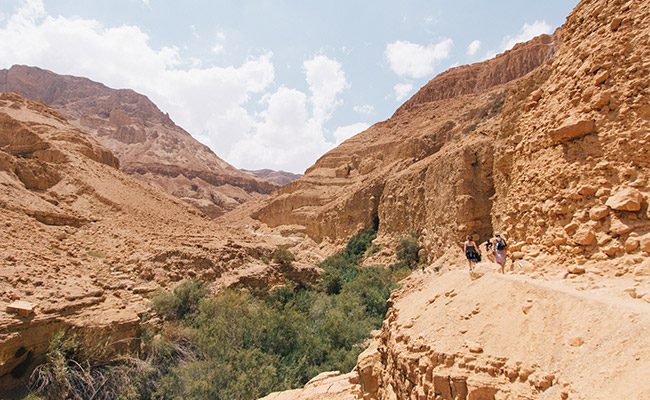 Multnomah seminary students Chad Woodward and Alyssa Schmid will embark on a one-of-a-kind research excursion this summer in Israel. The two Hebrew students will partake in several archaeological digs, take various tours of the Holy Land and learn about Israel’s history from the Bronze and Iron Ages up through the modern day.

Woodward views the trip as a once-in-a-lifetime opportunity. “It’s always been my desire to experience the Holy Land and see the places mentioned in Scripture,” he says. “I think this trip has a great mix of work and sight-seeing.”

The month-long expedition is made possible by the Scholars Initiative, the research arm of the Museum of the Bible, one of the world’s largest private collections of rare biblical texts and artifacts. Multnomah has been connected with the Scholars Initiative since 2013, when Biblical Languages Chair Dr. Karl Kutz was chosen to translate a fragment of the Dead Sea Scrolls with four of his students.

Since then, MU has been trusted with even more research projects, which opened the door for students to apply for trips sponsored by the Scholars Initiative. Over the past three years, seven Hebrew students have been selected to attend the Logos Conference, a two-week internship at Oxford. Similar to the Oxford internship, the Israel trip is limited to students working on Scholars Initiative projects.

Kutz couldn’t be more proud of his students. He views the trip as a great addition to Woodward and Schmid’s academic experience.  “The chance to work on a dig is a tremendous opportunity,” he says. “The students will get to see firsthand how the archaeological process works and learn from scholars who have devoted their lives to this area of study.”

The trip, which starts in Jerusalem in mid-June and ends in Bethlehem in mid-July, will be an immense privilege for Woodward and Schmid, who are already so familiar with the ancient Near East. As the two students travel, they will take with them all the passions and skills gained during their time at Multnomah.